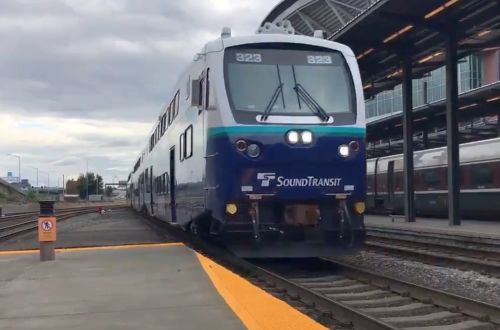 The delivery of the new coaches takes the Sounder double-deck fleet to 67 vehicles, 27 of which are driving trailers.

Sound Transit will increase frequencies on the Seattle - Lakewood Sounder South Line on September 25 with the introduction of two additional weekday services, which will take the total number of Sounder trains serving South King and Pierce counties to 13 per weekday.

With the increase in services Sounder ridership is forecast to reach a record 4.5 million passengers this year.