PRESIDENT-elect of the United States Mr Donald Trump has nominated Ms Elaine Chao as his administration’s secretary of transportation. 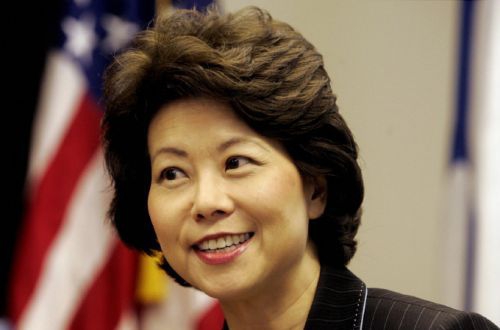 Born in Taiwan, Chao move to the US as a child and was the first Asian-American to serve in a cabinet position. She is the wife of senate majority leader Mr Mitch McConnell.

At the Department of Transportation (DOT), Chao will play a prominent role in helping Trump to get an infrastructure spending bill through Congress and to start government-backed projects. Trump has vowed to push through a trillion-dollar increase in infrastructure spending in the next decade with his plan relying heavily on public-private partnerships and tax credits.

The president-elect met with Chao at Trump Tower in New York City on November 21 where, according to a statement from his transition team, they “conversed about labour and transportation issues with a particular focus on America’s long-term infrastructure needs, and reducing or eliminating burdensome regulations.”

“Secretary Chao’s extensive record of strong leadership and her expertise are invaluable assets in our mission to rebuild our infrastructure in a fiscally responsible manner,” Trump said in a statement. “She has an amazing life story and has helped countless Americans in her public service career.”