THE City of Calgary announced on April 18 that an underground alignment has emerged as the most viable option for the city centre section of the LRT Green Line in the first stage of evaluation for the core part of the project. 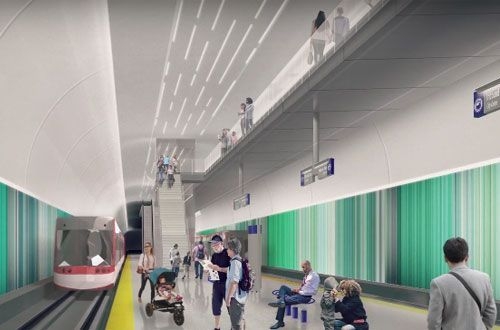 The Green Line will add 40km to Calgary's 59km light rail network, linking Inglewood/Ramsay in the southeast with Crescent Heights/Mount Pleasant in the north via the city centre.

North of the city centre, the line will need to cross the Bow River to reach Centre Street North and the evaluation shows that an underground line would be the most suitable of five options considered for this section of the route. The tunnel would run from the Beltline under 2nd Street South West, passing beneath the Bow River before emerging near the intersection of 20th Avenue and Centre Street North.

Described by the city council as "the top infrastructure priority for Calgary," the Green Line is forecast to carry around 41 million passengers a year.

A construction schedule for the project has not been finalised, but in December 2015 the city council approved a plan to extend its current 10-year commitment of $C 52m ($US 41m) per year to 30 years. This will bring the city's total commitment to $C 1.56bn, contingent on contributions from the province of Alberta and the Canadian federal government.