Strategy aims for 50% of all passenger trips to be made by public transport by 2050. 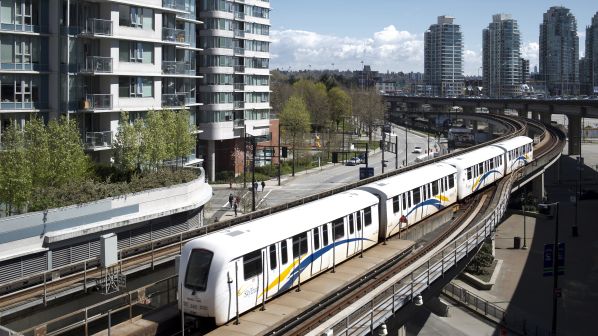 TRANSLINK has proposed quadrupling the size of Vancouver’s existing 100km rapid transit network by an extra 310km in a Regional Transportation Strategy (RTS) released on October 12.

The strategy envisages the construction of extra SkyTrain, metro, light rail or bus rapid transit routes. The plans will be open for the third and final round of public engagement before the RTS becomes final. Input will be used to update the strategy before it is sent to the TransLink board and Mayor’s Council for final approval in early 2022.

In the Transport 2050 document, which sets out the city’s roadmap for the next 30 years, Translink is proposing the “Fast & Reliable Transit Network”, which would include the existing 100km system and the $C 1.3bn ($US 1.04bn) 16km Surrey - Langley and Arbutus SkyTrain extensions currently under construction. The expanded network would be delivered primarily at street level and the RTS states that the light-rail system would have priority on roads through more extensive provision of dedicated lanes, priority at junctions and extensions at bus stops.

Seven routes are identified on a map published in the RTS. These are:

Transport 2050 also mentions the possible introduction of automated LRVs that can support an increase in frequency. This would be achieved by delivering a frequent local service to within a five-minute walk of all communities in urban areas of the region.

The aim of the strategy is to ensure 50% of all passenger trips are made by public transit, walking or cycling by 2050.

Transport 2050 has been developed through collaboration with residents, municipalities, Metro Vancouver, the province of British Columbia, and stakeholders as well as engagement with Indigenous Nations and groups. It states that one million extra people are expected to live in the region by 2050.

The document also notes that ridership on the light rail system fell by around half during Covid-19.

Also included in the expanded system are new or upgraded express and inter-regional services to make it easier to cross the region or get to places outside of Metro Vancouver.