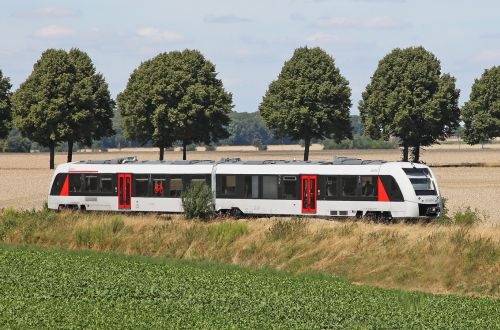 The 140km/h trains will be assembled at Alstom's plant in Salzgitter, Germany, and the fleet will enter service when the new Saxony-Anhalt Diesel Network concession comes into effect in December 2018.

Each articulated two-car train will accommodate up to 230 passengers in first and second class accommodation. The DMUs will be equipped with passenger Wi-Fi, at-seat power sockets, CCTV, and ticket machines. Each train will be able to carry up to 9 bicycles, with charging sockets for e-bikes.

Abellio was selected last December to operate both lots of the concession, which covers a total of around 8.6 million train-km per year on 12 lines.