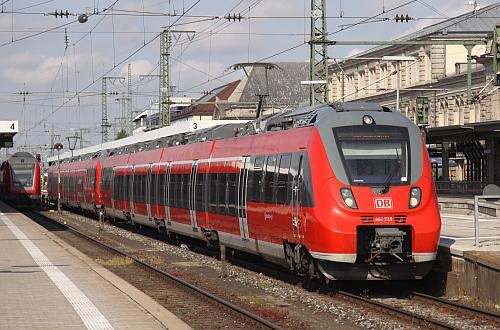 The order comprises 15 five-car and 20 three-car trains, the first of which will enter service when Abellio takes over the operating concession in December 2015. The trains will be used on services from Leipzig and Halle to Erfurt and Kassel, some of which will divide en route with one unit serving each respective destination.

The trains will be built at Bombardier's Hennigsdorf plant near Berlin. Bombardier is currently delivering Talent 2 emus to DB Regio after several years of delays in gaining approval from the Federal Railway Authority (EBA), although this has still not been granted on a nationwide basis.