ALSTOM announced on June 29 the opening of a 13000m2 train modernisation centre in Widnes, Britain, which the company says is the biggest in the country. 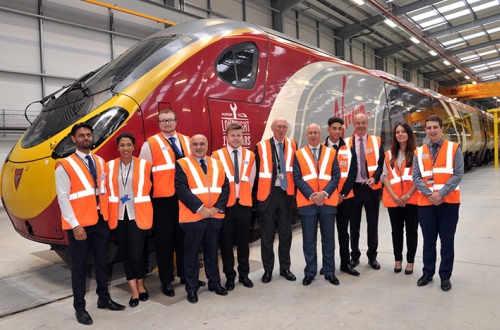 The centre was opened by Lord Prior of Brampton, parliamentary undersecretary of state at the Department for Business, Energy and Industrial Strategy, as well as some of Alstom’s newest apprentices and graduates.

The facility embraces 'Industry 4.0' principles, such as virtual reality painting simulators, and Alstom will soon start work on the €28m contract to re-paint the fleet of 57 class 390 Pendolino trains, which are used by Virgin on the West Coast Main Line. The first train is already in the modernisation halls.

The majority of the team being assembled for the painting contract are from  Liverpool and other local areas such as Warrington. Over 80 members of staff have been employed, including five new apprentices.