BOMBARDIER confirmed on July 3 that Austrian Federal Railways (ÖBB) has exercised a €188m option for 25 six-car Talent 3 EMUs for regional services in the province of Tyrol. 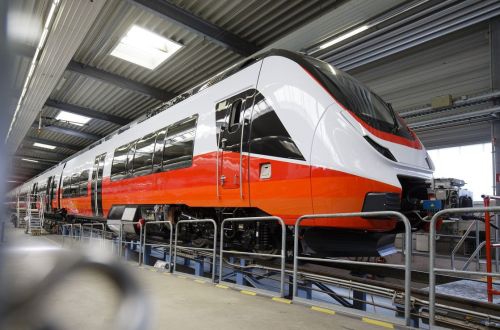 The order comprises 19 trains for domestic regional services and six trains for cross-border operation into the Italian autonomous province of Alto Adige.

The trains are being ordered under a framework contract for up to 300 Talent 3 sets, which was awarded to Bombardier in 2016. This included an initial order for 21 trains for Vorarlberg.

Last year the government of Tyrol awarded ÖBB a contract to operate regional services in the province for 10 years from December 2019, a deal which includes the provision of new rolling stock.

Delivery of the new trains is due to begin in 2020.