Bombardier and CAF to supply 107 trains for West Midlands franchise

ABELLIO, JR East and Mitsui announced on October 17 that they have selected Bombardier and CAF for two contracts with a total value of £680m to supply 107 trains for the new West Midlands franchise, which begins in December. 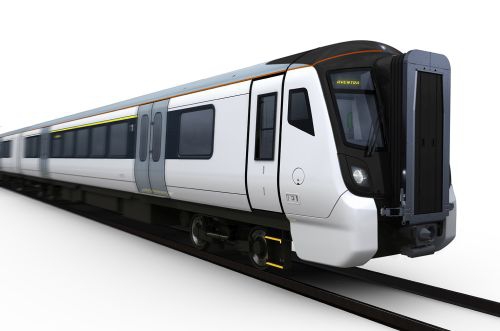 Bombardier will supply 81 Aventra EMus for the new franchise.

Bombardier will supply 36 three-car 145km/h Aventra EMUs for inner suburban services on Birmingham’s Cross-City Line and 45 five-car trains capable of 177km/h, which will operate outer-suburban and longer-distance services on the West Coast Main Line. Assembly will take place at Bombardier’s Derby plant and the trains will be delivered in 2020-2021.

CAF will deliver 14 four-car and 12 two-car Civity DMUs for suburban services on non-electrified lines into Birmingham Snow Hill. The fleet will be delivered in 2020.

CAF has not given any indication of where the trains will be built, but assembly could take place at CAF's new British rolling stock plant near Newport in South Wales, which is due to open next year.

The orders are being financed by Infracapital and Deutsche Asset Management.

The procurement of new rolling stock will increase the size of the West Midlands fleet by 25% by the end of the franchise in 2026.