BOMBARDIER is preparing to start assembly at its Derby, Britain, plant of the 111 Aventra EMUs which it is supplying to Abellio Greater Anglia under a £900m contract. 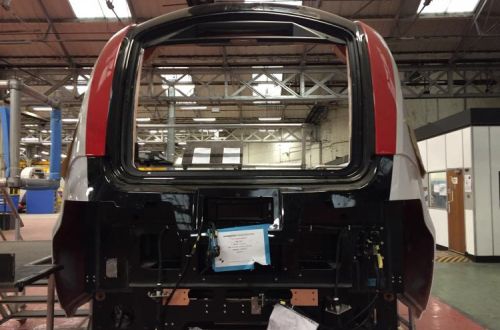 The fleet will comprise 665 vehicles formed into 22 10-car and 89 five-car trains, which will start to enter service in 2019 on commuter services radiating from London Liverpool Street to Cambridge, Southend, Ipswich, Colchester, and Clacton.

Each air-conditioned train will be fitted with power sockets, USB connectors, and Wi-Fi, as well as accessible toilets, seat-back tables and underfloor heating. The EMUs will feature full-width inter-car gangways and information screens to indicate where there are empty seats.

However, the specification of the interior has not yet been finalised, following a public consultation which saw over 1000 people take part.

Greater Anglia has also ordered 58 Flirt UK multiple units of two types from Stadler, Switzerland, to replace its existing inter-city and regional trains, and assembly of these trains is already underway.

The total investment in the new fleets is £1.4bn.