BRITAIN's Department for Transport (DfT) has approved the acquisition by train operating company Southern of 116 emu cars with an option for another 140 vehicles. Southern will now invite bids for the new trains. 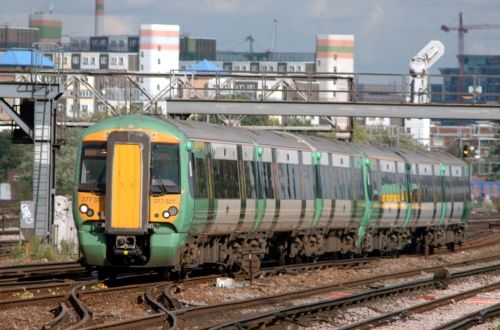 This follows DfT approval in November for the purchase of eight five-car class 377/6 Electrostar emus from Bombardier, for which Southern and Porterbrook Leasing have signed the £60m order today.

These trains, which are being acquired through Southern, will facilitate a cascade of trains to the Thameslink network, which in turn will release trains from there to lines currently being electrified in Britain. The trains will help to bridge a gap caused by a delay in finalising a contract between the DfT and Siemens and its partner Cross London Trains for 1200 cars for Thameslink. Siemens was declared the preferred bidder in July 2011 with the objective of putting the first trains into service in 2015. In October, Siemens said that it hoped to reach financial close on the contract by January.

"We are delighted to be able to order these additional vehicles which will provide much needed capacity on our network," says Mr Chris Burchell, managing director of Southern. "We are also pleased that we are in a position to assist the Department for Transport in facilitating the cascade of electric vehicles."