THE first sleeping cars being supplied by CAF to Serco Caledonian Sleepers, Britain, under a £150m contract have arrived at the Velim test centre in the Czech Republic in preparation for testing. 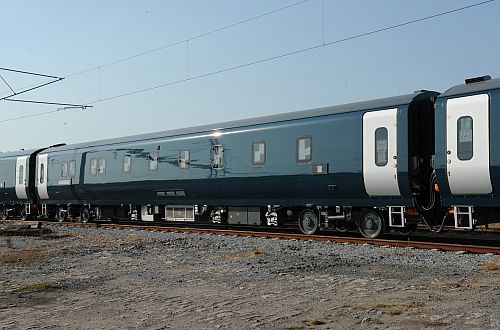 CAF is building 75 coaches of five different types for use on overnight services from London Euston to Glasgow, Edinburgh, Fort William, Inverness, and Aberdeen. The first coaches are due to enter service in 2018.

The vehicles will be formed into four sets of 16 coaches with 11 spare vehicles.

Artist's impression of a cabin.

The planned interior of the club car.