THE first of 12 Jazz regional EMUs for the Italian region of Campania was formally presented to regional president Mr Vincenzo de Luca by Mrs Barbara Morgante, CEO of Trenitalia, and Mr Pierre Louis Bertina, CEO of Alstom Italy, on April 26. 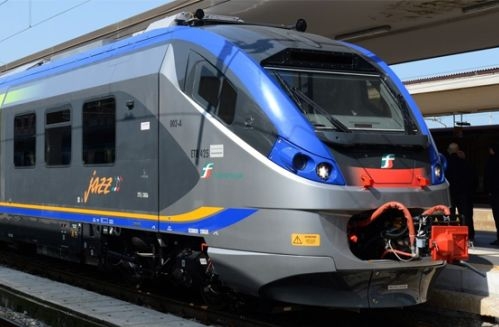 The €84m fleet was funded by the regional government and will replace class ALE 724 EMUs dating from the early 1980s.
The second and third trains arrived in the region on May 9 and Alstom will deliver the remaining nine sets by the end of the year.