CASA Transport, which operates public transport in Casablanca, Morocco, has awarded a €130m contract to Alstom for the supply of up to 88 Citadis X05 LRVs for operation on the city’s new line 3 and 4 light rail routes. 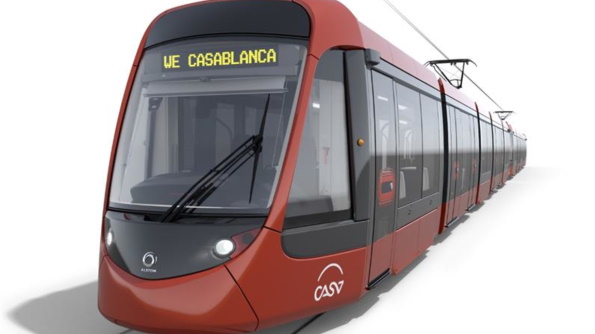 The contract includes an initial order for 66 LRVs, which are scheduled for delivery by the end of 2023, as well as an option for up to 22 additional vehicles.

The new LRVs will be 100% low-floor, have 12 doors to improve passenger flow and accessibility, and will be equipped with digital passenger information systems. The LRVs will operate in multiple for a combined 64m-long vehicle with a capacity of 630 passengers in each LRV.

The new fleet will be partially manufactured and assembled in Barcelona, with Alstom’s other facilities in France, Belgium, Spain and Morocco providing additional components and services.

After delivery, the LRVs will undergo a range of static and dynamic tests at Casa Transport’s test site before being commissioned for service.

The order is part of a programme of expansions for Casablanca’s public transport network, which includes the construction of the two new light rail lines with a combined length of 28km.

Line 3, scheduled to open in 2021, will connect Ben M'sick, Sidi Othmane and Sbata, via boulevard Mohamed VI, to the Casa-Port train station. Line 4, due to begin operation in 2022, will run from Moulay Rachid industrial district, via the city centre, to the Hassan II mosque. Both lines have an estimated length of around 14km.

The new lines will support rising demand for public transport in the city, with services now carrying 220,000 passengers per day following the opening of Line 1 in December 2012.

For detailed data on fleet news from around the world, subscribe to IRJ Pro.