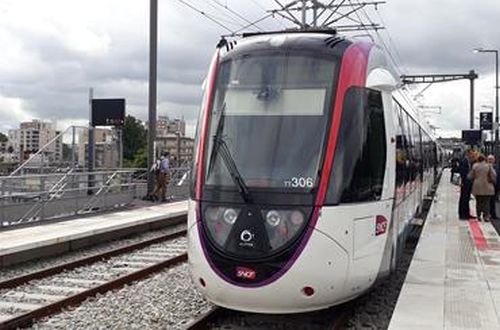 The first tram-train was delivered to SNCF Mobility in August 2016, and one train has been delivered per month since then, allowing the vehicles to undergo progressive testing.

Two options from an original 200 trainset framework contract signed between SNCF and Alstom have been exercised for Ile-de-France one for 15 trains in June 2014 for the T11 Express line, and the other for 15 trains in December 2015 for line T4, which will be delivered from October.

Alstom says adaptations to power, safety and comfort allow the vehicle to run on a tramway network just as easily as a regional rail network. The tram-train has the same dimensions as a tram, but its performance is the same as that of a train as it is able to run at almost 100km/h.

The tram-trains will link the city centre with the suburbs, and Alstom is manufacturing the vehicles at its plant in Valenciennes.

For the latest rolling stock orders from around the globe, subscribe to IRJ Pro.