TRANSDEV Germany subsidiary NOB has been forced to to withdraw its entire fleet of Bombardier push-pull coaches, which are used on Hamburg - Westerland (Sylt) regional services following the discovery of coupling defects. 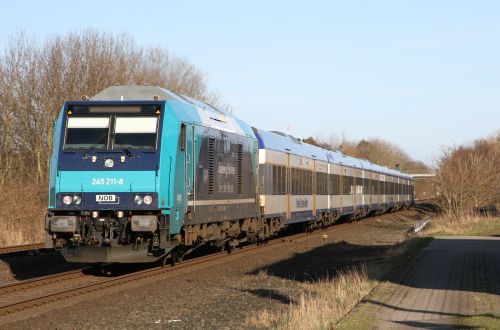 The 90 "married pair" coaches were built in 2004-05 and are now owned by leasing company Paribus with usage underwritten by the state of Schleswig-Holstein.

Cracks were discovered in some of the permanent couplings between pairs of vehicles two weeks ago and all have now been taken out of service for detailed inspection. The vehicles are expected to remain sidelined for much of December, with potential impacts for DB Regio, which is due to take over these services on December 11 using the existing NOB fleet.

Initially most services were cancelled or replaced by buses. However, replacement trains - many provided by DB at short notice - are now in use some operated by NOB locomotives.