A MAJORITY in the Danish parliament has approved an earlier agreement allowing Danish State Railways (DSB) to proceed with its DKr 11bn ($US 1.7bn) new rolling stock procurement plan. 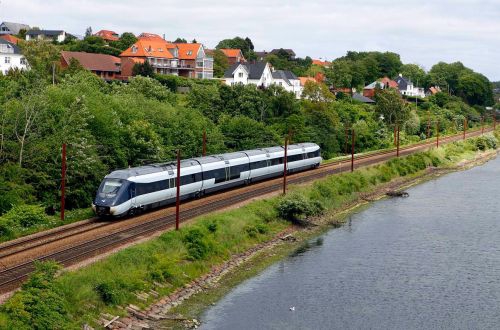 The original plan has been altered to include a “fully outsourced” maintenance contract with the manufacturers, after DSB learnt an expensive lesson from the IC4 scandal where it was left with the responsibility of ensuring the trains would be serviceable.

While the alteration delayed the process slightly, DSB is now ready to launch tenders for at least 100 electric trains, which are expected to enter revenue service by the beginning of 2024. Delivery will be carefully coordinated with the roll out of the signalling programme and electrification.

Along with the newly approved plan, parliament decided to allow DSB to exercise its option for 16 extra dual-voltage Vectron electric locomotives, in addition to the 26 already ordered from Siemens.

DSB will also start the tendering process for between 40 and 56 coaches this summer, which will supplement the existing fleet of 113 double-deck coaches used on regional services around Copenhagen. These coaches, which will be in service by 2022, are seen mainly as a guarantee against deteriorating performance of the existing diesel fleet, especially the IC4 sets.

These acquisitions could also be used in the planned collaboration with German Rail (DB) for the international traffic between Copenhagen/Aarhus and Hamburg/Berlin, via the Fehmarn Link after 2028.

They will also be used when the present service via Fehmarn is diverted to the Great Belt - Jutland - Flensburg route, due to the future extensive engineering work (tracking doubling, electrification, resignalling and general upgrading) which will disrupt services on the line from Ringsted to Femern, followed by the construction of the new line between Femern (Puttgarden) and Lübeck.

These orders will allow DSB to begin the withdrawal of its ageing diesel fleet of IC3 and IC4 DMUs and IR4 EMUs.