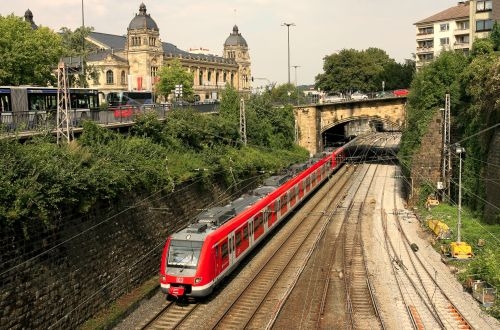 VRR will make the trains available to the winning bidder for a new contract to operate part of the Rhine-Ruhr S-Bahn network from 2019. Tendering for the contract is due to begin in March.

Under the purchase agreement, DB Regio will continue to maintain the fleet of four-car 15kV 16.7Hz ac trains, which were built by a consortium of Bombardier and Alstom between 2007 and 2010, for a minimum of 15 years. In the meantime an overhaul programme is planned, which will include interior refurbishment, the installation of new passenger information systems, and an exterior repaint into a neutral livery.