DELHI Metro Rail Corporation (DMRC) has invited expressions of interest for the lease of 25 six-car trains for the east-west Green Line (Line 5). 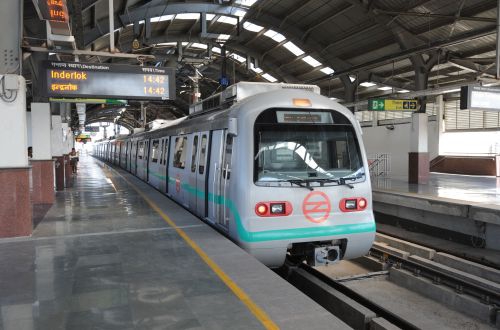 The 25kV 50Hz ac standard-gauge sets will replace the existing fleet of 22 four-car trains and one six-car train, which were supplied by the MRMB consortium of Melco, Hyundai Rotem, Mitsubishi, and BEML.

The contract period of 38 years encompasses three years for initial supply and commissioning as well as the anticipated 35-year lifecycle of the fleet.

The Green Line is currently being extended 11.2km west from Mundka to Bahadurgarh as part of the Phase 3 expansion of the network.

The new trains will be maintained by the winning bidder at a new depot at Bahadurgarh and the line’s existing depot at Mundka.