A flywheel-based energy recovery system could reduce fuel consumption on DMUs by up 10%, according to the findings of a research project carried out by Ricardo, Artemis Intelligent Power, and Bombardier. 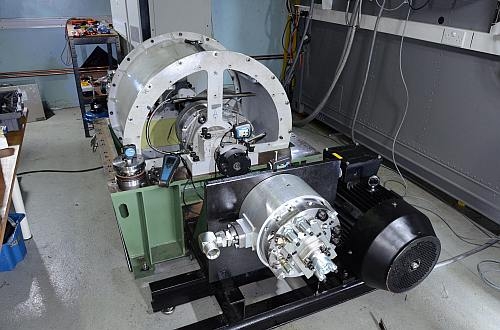 The project was launched in 2013 and was led by Artemis with funding from Innovate UK and the Rail Safety and Standards Board (RSSB). After extensive simulation based on field service data, DDflyTrain designed and produced a proof-of-concept test rig to demonstrate the viability and performance of the technology. An initial integration exercise to incorporate the hardware and software into a Bombardier Turbostar DMU has also been completed.

When starting, the efficiency of a typical DMU transmission, which uses a torque converter, can be as low as 30%. According to Ricardo, a significant improvement in fuel consumption is possible if energy normally dissipated through braking can be reused to augment acceleration from a standing start during the period of poor transmission.

DDFlyTrain calculates that with a fuel saving of around 10%, a return-on-investment in the flywheel system should be possible within five years.

Ricardo says the technology could also have applications on dc electrified lines in southern England, where network power capacity constraints can place restrictions on the number of trains allowed to operate in some areas. Here the use of flywheels could reduce current demand on the power grid as a train starts, thereby increasing the effective capacity of the electrification system.