French government and Alstom set out plans for Belfort plant 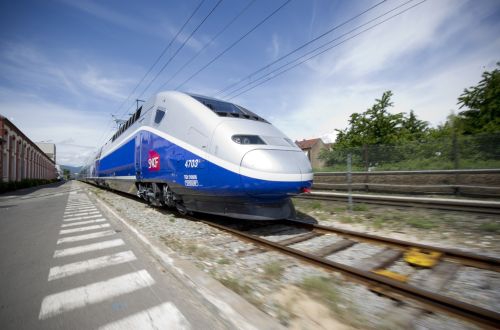 Diversification of the plant into rolling stock maintenance is already underway and since October €1m has been invested in a new building for the maintenance of TGVs. This activity will employ 20 people at the site from next year.

The French government has also committed €30m funding to the development of new products, including support for the TGV of the Future programme and €4m for a new range of locomotives.

Sirugue says the state has begun the process of “definitive validation” of an order for 30 inter-city trains for the so-called Balance of Territory (TET) loss-making long-distance routes, several of which are being transferred to regional government control. The order for these trains, together with French National Railways’ (SNCF) order for six TGVs for Paris - Lyon - Milan services will be registered with the board of SNCF Mobilités in December. The order for 15 TGV Euroduplex trains agreed as part of the Belfort rescue deal will be submitted to the SNCF board in January, followed by the order for 20 rescue locomotives for high-speed lines in March.

A committee of local politicians, trade union representatives, Alstom and the French state has been established in Belfort to oversee the implementation of the rescue plan.

“The commitments made by Alstom on October 4 have made good progress,” says Poupart-Lafarge. “Investments have begun both for new service infrastructure and development programmes for rail vehicles of the future. We note with interest the clarifications made regarding the order schedule, also announced on October 4, which should ensure the continuity of industrial production at Belfort, La Rochelle and Reichshoffen.”