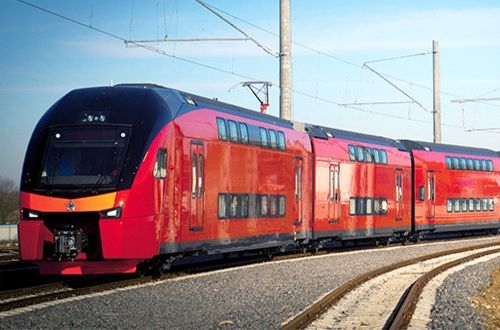 In February 2013 Aerorexpress placed a €381m order with Stadler Bussnang for 16 four-car and eight six-car trains with an option for 60 additional sets. However, with the weakening of the Russian Rouble, Aeroexpress renegotiated its contract with Stadler and will now receive only 11 trains.

The trains for GR will be delivered between June and September and will be used on express services from the capital Tbilisi to the Black Sea resorts of Batumi, Kobuleti, and Ureki.