FIRST Group announced on June 8 that its subsidiary Great Western Railway has finaised an agreement with Porterbrook Leasing to lease 37 new four-car Bombardier class 387 Electrostar EMUs, in addition to the eight sets already on order. 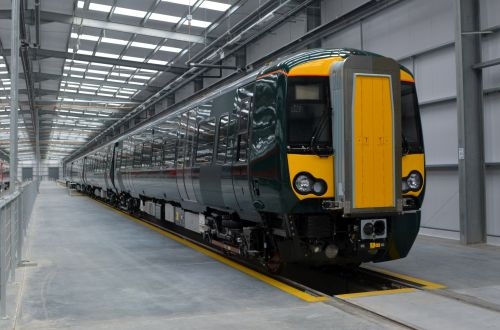 The lease contract comprises 14 trains ordered by Porterbrook last year and 23 sets which are being built for GWR. This is likely to be the final order for the Electrostar, which is being superseded by Bombardier's new Aventra family of EMUs.

The trains will be used on Thames Valley suburban services from London Paddington to Reading, Oxford, and Newbury, replacing class 165/166 Turbo DMUs, which will be redeployed when the electrification of these routes is completed.

The first GWR class 387s will be introduced on a new London Paddington - Hayes & Harlington service on September 5.