SIEMENS handed over the first class 4744 Desiro ML EMU for Austro-Hungarian operator Györ-Sopron-Ebenfurth Railway (GySEV) in a ceremony at Wulkaprodersdorf in eastern Austria on July 15. 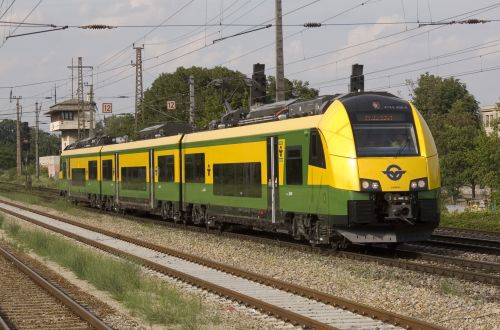 GySEV awarded Siemens a €30.7m contract to supply five of the 160km/h dual voltage (15kV ac and 25kV ac) trains in January 2014 and the remaining four sets are due to be delivered by the end of next month. Assembly is taking place at Siemens' plant in Krefeld, Germany.

The three-car GySEV trains are similar to the class 4744 Cityjet trains for Austrian Federal Railways (ÖBB), the first of which is due to be delivered later this year. The class 4744 is designed for regional services and has eight doors per set compared with 12 doors for the similar class 4746 EMUs used by ÖBB on S-Bahn trains.