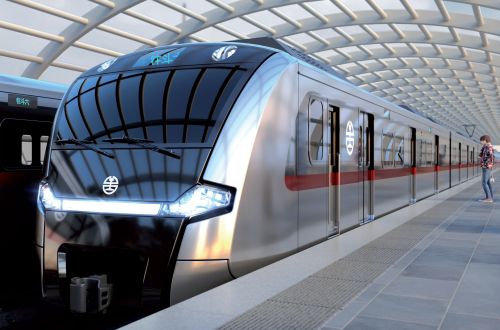 Artist's impression of one of Hyundai Rotem's new EMUs for Taiwan.

This is Hyundai Rotem first order in Taiwan for 19 years - it supplied 56 trains to Taiwan in 1999. This is also the first rolling stock order following Taiwan’s recent announcement that it would invest $NT 975bn ($US 32.7bn) over the next eight years to bring its ageing railway up to modern standards.

The new trains will be fitted with Hyundai Rotem’s Train Control and Management System (TCMS), which provides analysis of operation patterns and reduces energy consuption. When the trains are at depots, information on train condition and failures can be assessed, which should help to reduce maintenance costs.

Other features include power sockets and USB ports for charging devices, air purifiers, and air-conditioning which are designed to operate more quietly when the trains are at stations.

Hyundai Rotem says it has responded to feedback from passengers who have complained about uncomfortable backrests on existing trains and proposed the installation of headrests on all seats. The quality assurance period for brakes and other core components was also extended from three to five years.

For more data on the global rolling stock market subscribe to IRJ Pro.