HYUNDAI Rotem announced on December 4 that it has been awarded a Won 929.3bn ($US 856m) contract by Iranian Islamic Republic Railways (RAI) to supply 150 three-car DMUs for Raja Passenger Train Company. 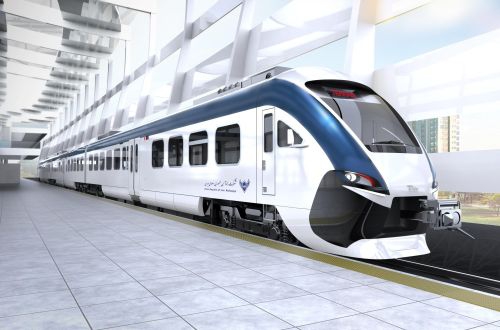 The first 150 vehicles will be built at Hyundai Rotem’s plan in Changwon, Korea. The remaining 300 vehicles will be assembled locally by Iranian Rail Industries Development (Irico). All 450 cars will be delivered within 78 months of contract signing.

The order follows the signing of a memorandum of understanding by RAI and Hyundai Rotem in May 2016.

Hyundai Rotem was awarded a contract in 2004 to supply 150 regional DMU cars to RAI. Deliveries started in 2007 and the first 24 trains were built in Korea, while the remaining 24 were to be assembled by Irico.

However, the imposition of international sanctions on Iran in 2010 meant only 68 vehicles were delivered without payment to the Korean manufacturer. Following the lifting of sanctions in January 2016 Iran made a payment of Won 85.5bn to Hyundai-Rotem, enabling production to resume.

Trains from the latest order will be capable of 160km/h, compared with 120km/h for the 2004 order, and the new DMUs will also feature LCD passenger information screens, an area for passengers with wheelchairs, and a separate luggage compartment.