A CEREMONY was held in Bratislava on November 6 to mark the introduction of the first Škoda 30T ForCity Plus low-floor LRV on the city's metre-gauge tram network. 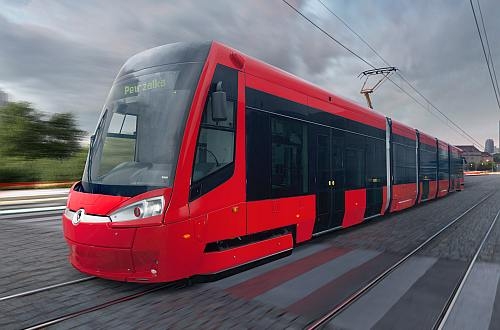 The 32.5m-long vehicles are the first bi-directional ForCity LRVs to be manufactured by Skoda. Each five-section LRV accommodates up to 356 passengers (8 passengers/m2), 52 of them seated, and has a maximum speed of 65km/h.

By the end of 2015 DPB will receive 45 of the vehicles, which are being assembled at Škoda's Plzen plant in the Czech Republic, with the final batch of 15 uni-directional LRVs due for delivery by mid-2016.

The European Union has financed 80.75% of the order through the Operational Programme on Transport for Slovakia, with the remainder coming from the Slovakian government (14.25%) and the City of Bratislava (5%).