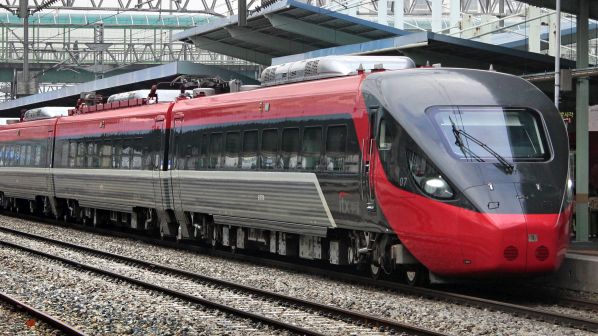 KOREAN rolling stock manufacturers Hyundai Rotem, Woojin Industrial Systems and Dawonsys have been fined by Korea’s Fair Trade Commission (FTC), after they were found to have colluded on rolling stock contracts worth up to Won 2.4 trillion ($US 1.83bn).

According to the FTC, Hyundai and Woojin colluded between January 2013 and November 2016, with Woojin agreeing to refrain from bidding for contracts, allowing Hyundai to win six rolling stock tenders from Korail, Seoul Metro and Busan Transportation, including for Seoul Line 2, Gimpo Urban Railway, and Busan Line 1. In return, Hyundai agreed to subcontract work to Woojin.

“Hyundai Rotem monopolised the domestic rail vehicle market until 2015 but Woojin Industrial Systems emerged to cause competition, and Hyundai wanted to forestall the competition,” FTC says. “At the same time, Woojin, which was a Hyundai subcontractor and component supplier, opted not to compete to get more business from Hyundai.”

After the agreement came to an end, the companies competed against each other in 2016 and 2017, before the two manufacturers began colluding with Dawonsys for five tenders between February and December 2019. Hyundai won three, while Woojin and Dawonsys shared the remaining two.

FTC says the collusion was led by Hyundai Rotem, with executives from the company meeting individually with employees from Woojin and Dawonsys. A Dawonsys executive also requested a confidential document from Hyundai employees, which was sent via the encrypted messaging service Telegram, confirming that Hyundai would not participate in a Korail tender.

Hyundai Rotem acknowledged the ruling and said it was implementing steps to prevent collusion happening in the future, but refuted the FTC’s statement that it had led the collusion.

“Unfair joint actions should not occur in any market environment, and we are sorry,” the company said. “This joint action was an attempt by rail car manufacturers to avoid excessively low-priced orders under the lowest bid system and to secure the minimum price for business operation within the government’s unusually low budget for rail cars. The operating loss rate in the railway sector reached 5% during the collusion period.”