NETHERLANDS Railways (NS) confirmed on January 19 that four suppliers have been shortlisted for the final stage of the tender for a contract to supply a new fleet of 200km/h EMUs under its Next Generation Intercity (ICNG) programme. 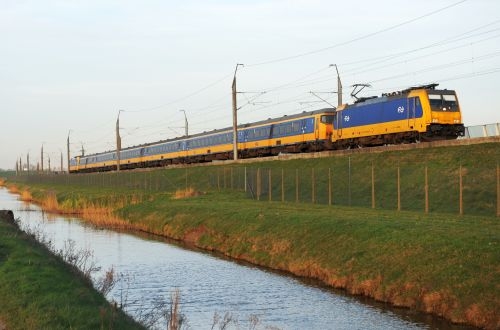 Alstom, Bombardier, Siemens, and Stadler have been invited to submit bids in the best and final offer stage of the competition and NS says it expects to award the contract this summer. The trains are due to enter service from 2021 onwards.

The tender, which was published in July 2014, calls for a modular train which can be supplied in 80m, 110m, and 160m-long formations. The dual voltage (1.5kV dc and 25kV ac) EMUs will be equipped with the standard Dutch ATB train protection system and ETCS for operation on HSL South, where they will replace the class 186 Traxx locomotives and ICRm coaches currently used on Intercity Direct services from Amsterdam to Rotterdam and Breda.

NS has not publically disclosed how many sets will be ordered, but says the base order must provide around 25,000 new seats, with options for additional trains. According to the tender document, the fleet could provide up to 80,000 seats by 2030.

The ICNG procurement is an important element of NS' High Frequency Rail Programme and for the integrating the operation of HSL South into the main network following the collapse of Fyra.