NIPPON Sharyo's new DMU for North America is to be powered by Cummins QSK 19-R engines which are certified to meet Tier 4 Final ultra-low emissions standards which come into effect on January 1 2015. 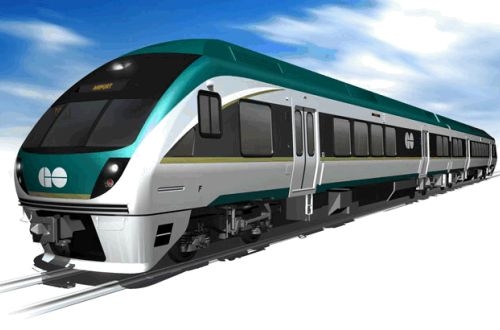 Cummins says the QSK 19-R is the first DMU engine under production in North America which will meet the new emissions standards set by the US Environmental Protection Agency. The 19-litre engine is integrated with Cummins' selective catalytic reduction after-treatment to reduce exhaust emissions to very low levels.

The engine is rated at 567kW and has a peak output of 3084Nm to enable the DMUs to accelerate rapidly. The engine has an upgraded common-rail fuel system to balance fuel distribution across its six cylinders.

Nippon Sharyo/Sumitomo are building 18 cars of the new design for GO Transit for a new rail link under construction between Toronto and Pearson International Airport, plus 14 cars for a new train service north of San Francisco Bay to be introduced by Sonoma-Marin Area Rail Transit (Smart).

The DMUs will have a maximum speed of 145km/h and can be configured in two or three-car sets. The first train is due for delivery to Toronto later this year.