SWISS Federal Railways (SBB) has placed a €200m order with Alstom for an additional eight ETR 610 Pendolino tilting emus. The order is an option from a contract for seven trains signed in March 2004 by Alstom and Cisalpino, the now defunct joint venture between Trenitalia and SBB. 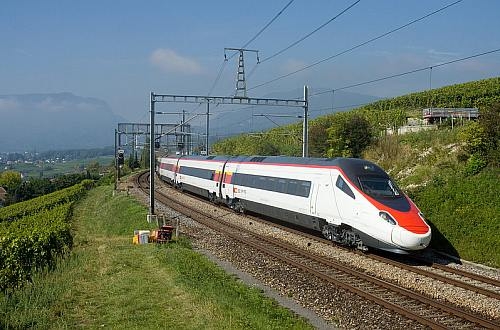 The 250km/h seven-car trains will seat 430 passengers and will operate alongside the existing sets on Milan – Geneva/Basle and Milan – Zürich services. They will replace SBB's unreliable ETR 470 Pendolinos, which will be withdrawn by 2014.

The trains will be assembled at Alstom's Savigliano plant in northern Italy and are due to be delivered in 2015.

The use of the ETR 610s on the Milan – Zürich route is likely to be a temporary measure as SBB is currently tendering for 29 new 400m-long high-speed trains for international services via the Gotthard Tunnel. These trains are due to enter service from 2017.