SIEMENS has signed an agreement to lease a 27-hectare site in Goole, northern England, to build a plant to manufacture and commission trains provided investment conditions are met and it wins sufficient orders for new trains. 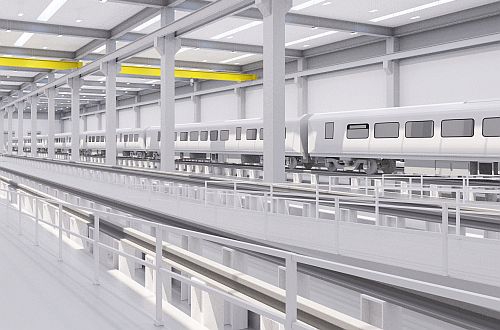 Construction of the £200m plant could start later this year and the factory could employ up to 700 people when it is fully operational, while creating a further 1700 jobs through the British supply chain. The site would have up to 12km of track and buildings covering 271,000m3.

“We’ve said for some time that future success for Siemens in the rail industry would see us opening a rail manufacturing plant here and this announcement provides additional substance to those words,” says Mr Jürgen Maier, chief executive of Siemens UK. “Having considered multiple locations in the UK, I’m delighted to confirm that we’ve identified a site in Goole for our new UK rail factory which not only has the potential scale we need for a facility of this size but also ready access to the skilled people we’d need to build and operate the factory.”