FRENCH National Railways (SNCF) has exercised an option with Bombardier on behalf of the region of Normandy for 40 Omneo Premium double-deck inter-city EMUs. 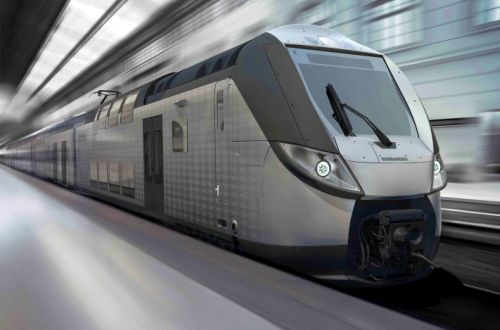 The €585m order – the first for the 200km/h inter-city variant of the Omneo - is an option from a framework contract for up to 860 trains awarded to Bombardier in 2010. The Normandy order takes the total number of trains on order to 253, securing production at Bombardier’s Crespin plant in northeast France until 2021.

Deliveries will start in 2019 and certification of the trains for passenger operation from the French Railway Safety Authority (EPSF) is expected by September 2019. The first Omneo Premium sets will enter service in early 2020, replacing locomotive-hauled Corail stock on inter-city services. Each 135m-long set will seat 470 passengers (including 40 on folding seats) with onboard features including passenger Wi-Fi, USB charging ports, and power sockets. The project will involve a number of Normandy-based suppliers ncluding Compin (seats) , Paulstra (secondary suspension), Hypertac (connectors) and Seim (paint).

The trains will be maintained at Sotteville (Rouen) and facilites at Caen will also be upgraded in preparation for the introduction of the new fleet.