FRENCH National Railways (SNCF) has exercised an option from a contract awarded to Bombardier in 2010 for an additional 32 Omneo Premium double-deck 200km/h EMUs for operation on three so-called Balance of Territory (TET) inter-city services radiating from Paris. 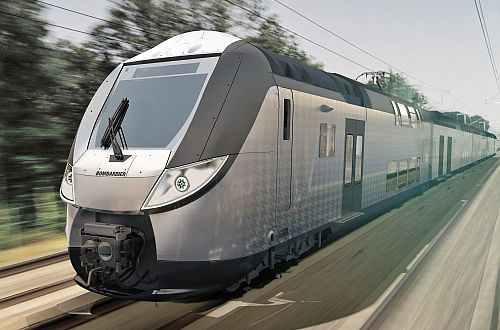 The order for 256 coaches is worth around €375m and is the second batch of these trains for Centre-Val de Loire Region. The order is the result of an agreement signed in January between the French government and the region to take over responsibility for the three TET routes from Paris to Orléans and Tours, Bourges, and Nevers. Delivery will start in 2020 and continue until 2022.

Each 110m-long train will accommodate 373 passengers, with space for two wheelchairs and nine bicycles. The trains will have a newly-designed wide seat with integrated lighting, power sockets and Wi-Fi. They will have platform-level doors and wide gangways.

The 2010 contract was for up 860 double-deck trains for French regions. So far Bombardier has received orders for 373 Omneo or Regio 2N trains 10 regions.