BRITISH train operator South West Trains (SWT) has published a contract notice in the Official Journal of the European Union (OJEU) for an order for between 135 and 250 emu cars, which will be used to increase capacity on suburban routes south of London. 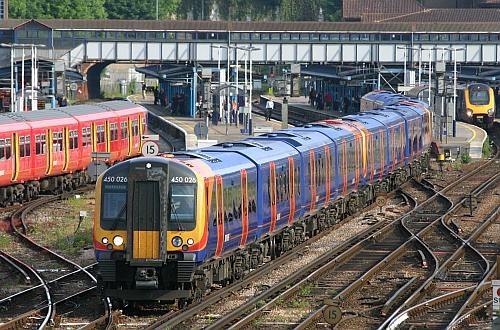 The OJEU notice calls for 20m vehicles formed into sets of 3-5 cars to allow the operation of 10-car trains. The total value of the contract is expected to be between £135m and £425m and the deadline for requests to participate in the tender is September 10.

Earlier this year leasing company Porterbrook signed a £40m contract with Vossloh Kiepe to upgrade SWT's existing fleet of 91 class 455 suburban emus with IGBT traction equipment. This will increase maintenance intervals from 16,000km to around 24,000km, releasing capacity at Wimbledon depot in south London to accommodate the new train fleet.

In addition to the class 455s, SWT operates a fleet of 45 five-car class 444 emus and 127 four-car class 450 sets supplied by Siemens. A project is also underway to convert the Alstom-built class 458 fleet from four to five cars to increase capacity on the London Waterloo – Windsor line.

Through the South Western Alliance, SWT and Network Rail are planning to reopen the former international platforms at Waterloo, which will allow the busy terminus to accommodate more 10-car trains.