STADLER held a groundbreaking ceremony at St Margrethen in eastern Switzerland on July 4 to mark the start of construction on an SFr 86m ($US 86m) rolling stock plant, which will take over production of Kiss double-deck EMUs from the company’s plant in nearby Altenrhein. 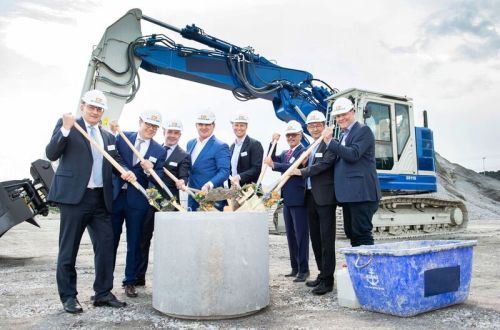 The 65,000m2 site is already rail connected and construction contractor HRS will build a 35,000m2 production and warehousing facility and 5000m2 of office space.

Construction will be completed in early-2020, although Stadler says it will be able to move into the first halls at the end of 2019.

The Altenrhein plant was established by Claude Dornier nearly 100 years ago for aircraft production and Stadler says the facility is ”not ideal” for the assembly of double-deck trains, although it will continue to produce carbodies for the St Margarethen plant after the move is completed.