STADLER Minsk has completed delivery of an order for five Kiss double-deck EMUs for Azerbaijan Railways (ADY), with the final two sets completing their journey to Baku this week. 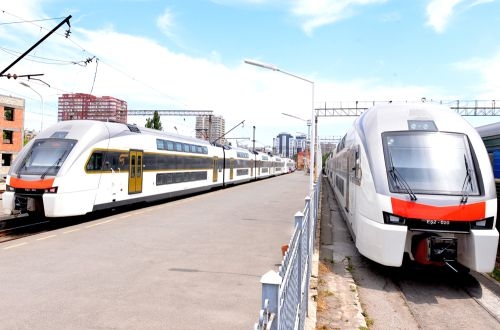 The first and second of the four-car trains for ADY was delivered in May 2015, with the third train arriving in August. The trains are used on Baku - Sumgayit services and seat 396 passengers, including 84 in business class.