SWISS Southeast Railway (SOB) has awarded a SFr 170m ($US 175m) contract to Stadler to supply Flirt EMUs for operation on its scenic Voralpen Express route from St Gallen to Lucerne from December 2019. 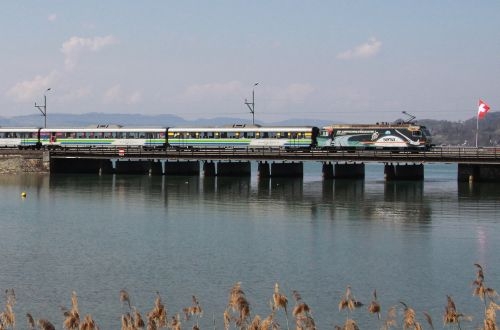 The new trains will replace a mixture of locomotive-hauled trains and modernised EMUs, most of which will be more than 40 years old by 2019.

Full details regarding the new trains will be revealed by SOB once contractual procedures are completed. In its September 2015 tender, SOB stated it was seeking six trains for the Voralpen Express services plus a further five for regional services. The financing for the new trains was agreed in 2014 by the Swiss federal government and the cantons concerned.

In December 2013 the Voralpen Express became the sole responsibility of SOB after Swiss Federal Railways (SBB) sold all its shares in the venture to SOB for SFr 4.2m.