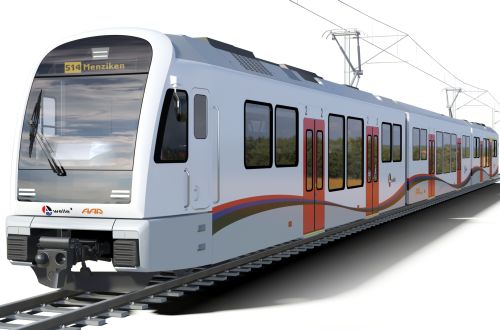 Rhaetian Railway (RhB) has exercised an option worth SFr 67.9m for nine additional Flügel EMUs, supplementing the initial order for 27 trains, which was placed in June. The federal government is providing 80% of the funding for the order, with the remaining 20% coming from the canton of Graubünden.

Following an international tender, the Wynetal and Suhrental Railway (WSB) has placed a SFr 50m order for five three-car trains with an option for 10 additional sets. The 60m-long trains will accommodate 402 passengers, 113 of them seated, with a multi-functional area in the centre-car and a first class compartment.

The 750V dc trains will be introduced in December 2019, supplementing the existing fleet on the 10.2km Line S14 from Aarau to Schöftland.