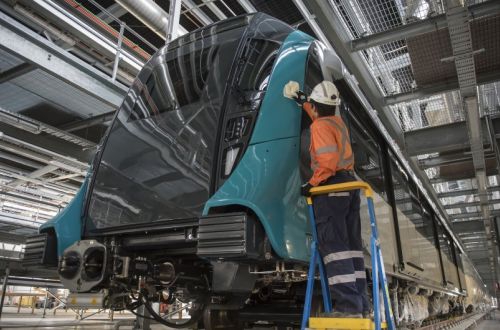 Sydney Metro says the train will be prepared for tests over the next few months, and the first trains will begin operating on the new line in the next two years.

The new line is due to open in the first half of 2019 and includes 15km of tunnels and 4km of elevated railway linking Epping with Cudgegong Road with eight new stations. It will also incorporate the existing commuter line and its five stations between Epping and Chatswood which will be upgraded to automatic metro operation to create a 36km metro corridor.