GERMAN Rail (DB) has announced delays to the introduction of further new IC2 double-deck trains being supplied by Bombardier following problems with the vehicles swaying from side-to-side at speed on some lines on which they have already been deployed. 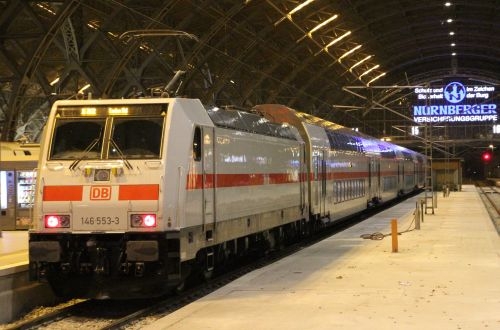 While the swaying is reported to be within the permitted tolerance, it has resulted in complaints from passengers. The way the trains' wheels interact with the track, accentuated by the vehicle suspension system that was specially optimised for inter-city service, appears to be at the root of the problem which DB and Bombardier are trying to resolve.

Bombardier is building 27 IC2 push-pull trains, each of which consists of a Traxx AC160P locomotive and five Twindexx coaches. They were originally due to enter service in December 2013. However, their introduction was delayed by two years due to certification delays. Nine IC2 trains entered service in December 2015 on the Leipzig – Hannover – Norddeich Mole inter-city route.

DB had intended to introduce the remaining 18 trains in February and March, but it now says the new trains, which should have entered service on the Cologne - Münster to- Norddeich route this month, will not start until March at earliest, whilst their introduction on the Cologne – Hannover – Leipzig - Dresden line will not begin until later in the year.

The new trains are based on proven vehicles already in operation with DB Regio. Both the Traxx locomotives and double-deck coaches operate together elsewhere in Germany at up to 160km/h without similar problems being reported.

A further 17 IC2 trains are on order from Bombardier for use from December 2017 on the Karlsruhe – Stuttgart – Nuremberg and Stuttgart – Zürich routes.