Trenitalia signs contracts for up to 450 EMUs

TRENITALIA signed framework contracts with Alstom and Hitachi Rail Italy (HRI) on August 3 for up to 450 regional trains. 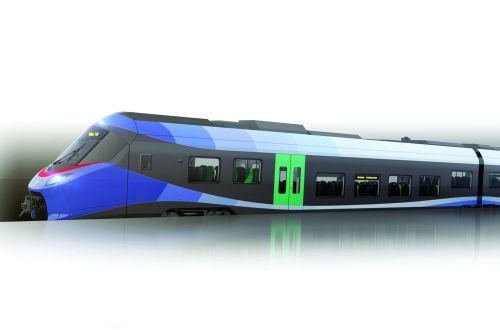 Alstom will supply up to 150 single-deck EMUs with an initial firm order for 47 trains.

Alstom has been awarded Lot 1, which is worth up to €900m and calls for the delivery of up to 150 single-deck medium-capacity EMUs. The deal includes a €240m initial order for 47 trains, which will be delivered from early 2019 onwards.

The articulated trains will be supplied in two different formations, with the longer sets accommodating up to 321 passengers. The project will involve Alstom’s facilities at Savigliano, Sesto San Giovanni, and Bologna.

Production will be carried out at HRI plants in Pistoia, Naples, and Reggio Calabria and deliveries will commence in the third quarter of 2019.

Trenitalia says Stadler has submitted the best economic offer for Lot 3, a contract to supply 50 DMUs, but the supplier's bid is subject to further evaluation.