NIPPON Signal, Japan, has awarded Thales a sub-contract to install ETCS Level 1 on rolling stock and the two sections of the Red Line commuter rail line in Bangkok which will be operated by State Railway of Thailand (SRT). 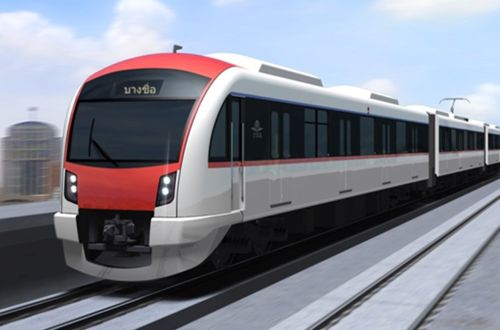 Thales will supply 53 ETCS Level 1 onboard units, which could be upgraded to Level 2 if desired, for installation on 25 new EMUs being supplied by Hitachi, Japan, and two diesel trains. The signalling is due to be installed by 2020.

The Red Line is entirely elevated with 13 stations and is expected to carry 131,000 commuters per day. It comprises a 26.4km north line from Rangsit to Bang Sue and a 14.6km west line from there to Taling Chan. Part of these lines have four tracks, while the remainder is double track. The lines will be used by both Red Line commuter trains and long-distance services.