CZECH Railways (ČD) announced on April 13 that it will equip 663 vehicles of 33 different types with ETCS Level 2 as deployment of the system continues under infrastructure manager SŽDC's ERTMS National Implementation Plan. 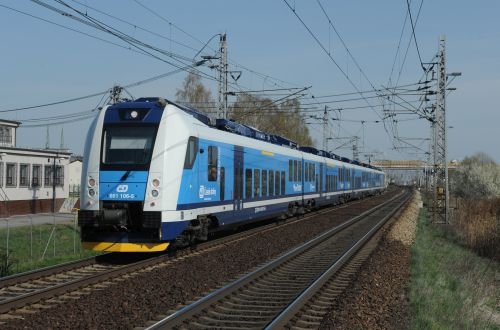 The equipment will be supplied and installed under a single contract with an estimated value of around Koruna 6.6bn ($US 275m). Funding will be sought from the European Union's Connecting Europe Facility (CEF), which could cover up to 85% of the cost of the project.

ČD plans to install ETCS Level 2 onboard equipment on its class 151, 371, and 380 electric locomotives, as well as the InterPanter (class 660/661), Pendolino (class 680) CityElefant (class 471) and RegioPanter class 440/640/650) EMU fleets. Other types of locomotives, multiple units, and driving trailers, including the Railjet driving cars, will also be fitted with ETCS.

ČD has already equipped class 151 and 362 locomotives and a class 471 EMU with ETCS Level 2 for a 22km pilot deployment between Porícany and Kolín east of Prague and work is now underway to install the system on the Kolín - Brno - Breclav ine.

SŽDC aims to install ETCS on around 1350km of the network by 2020 and is planning to complete deployment of the system across all four of the country's key international corridors by 2030.