SPANISH infrastructure manager Adif last week approved the tendering of a contract to design, install and maintain signaling and telecommunications equipment on the Madrid-Galicia high-speed rail line, with a total value of €640.8m. 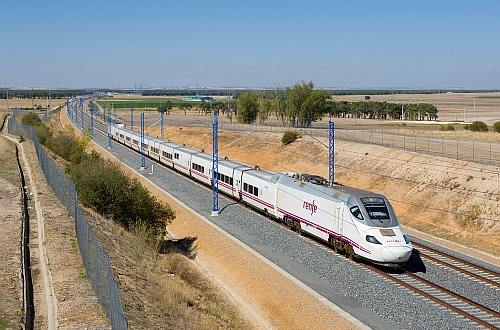 The tender will seek a contractor to design, supply and install ETCS train protection and centralised traffic control systems, GSM-R, interlockings, ancillary detection equipment, and security subsystems along the 326km Olmedo – Ourense corridor. This part of the contract is worth €326.8m.

The package will also include the maintenance of all subsystems, not only on the Olmedo – Ourense section, but also on the 85km Ourense – Santiago high-speed line, which was opened in late 2011. The total value of this part of the contract is calculated at €314m.

The package replaces a €905m public-private partnership contract issued two years ago. Despite its initial intention to call for private investment to equip the line in order to ease the financial burden on the state, the Spanish government subsequently decided to contract the works directly due to lower interest rates in the bond market and a lack of interest from the private sector.

This is the final major contract to be tendered for the construction of the Olmedo – Ourense high-speed line. Part of the Madrid-Galicia corridor, this section will not be operational before 2018. However, an initial section between Olmedo and Zamora where single track has been installed in order to reduce costs, is expected to open next year.