HITACHI announced on January 14 that its onboard ETCS equipment has been fully certified by a notified body in accordance with the European Control Command and Signalling Technical Specification for Interoperability (CCS TSI). 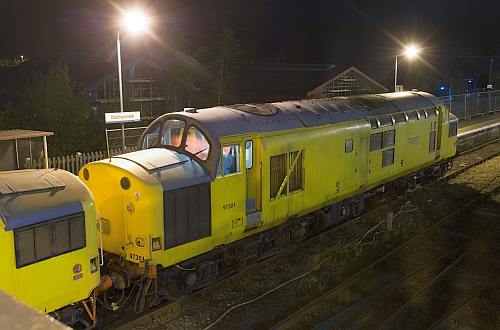 According to Hitachi, the equipment has demonstrated compliance with all relevant TSI and EN norms at Safety Integrity Level 4.

Hitachi Rail Europe's "Verification-Train 3" project has been testing ETCS Level 2 onboard equipment in Britain using a Network Rail class 97/3 locomotive, which has undergone trials on the Cambrian network in mid-Wales. This included testing the interoperability of the system with Ansaldo STS trackside equipment.

During the trial the locomotive was driven under its own power and used ETCS Level 2 via a GSM-R radio network in various operational modes including staff responsibility, on-sight, shunting and full supervision. Hitachi's system was successfully identified on Network Rail's Cambrian Signalling System and Control Centre in Machynlleth without any failures.

With the completion of the certification process, Hitachi is now preparing to install the equipment on the fleet of class 800/801 Super Express Trains, which have been ordered for the Great Western and East Coast main lines as part of Britain's Intercity Express Project (IEP).