BELGIUM's infrastructure manager Infrabel has awarded a joint venture of Siemens and Cofely Fabricom, Belgium, a €510m contract to rollout ETCS Level 2 on 36% of the Belgian network. 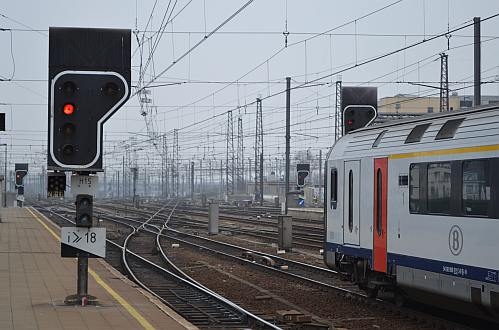 The contract is the final pillar of Infrabel and Belgian National Railways' (SNCB) ETCS Masterplan, which was presented to the Belgian parliament in October 2011 and aims for network-wide ETCS coverage by 2022.

The system is compatible with Infrabel's GSM-R network which has been place since 2009, while the contractor will also deliver and maintain associated computer systems and transfer technical expertise to Infrabel personnel.

Infrabel initiated the selection process for the contract in mid-2011, with candidates invited to submit bids in autumn 2012, which were judged on the best price-quality ratio. Infrabel says that the installation of ETCS Level 2 will start with version 2.3.0d, but an upgrade to baseline 3 is foreseen and is integrated into the contract with Siemens and Cofely Fabricom.

The ETCS masterplan encompasses the rollout of limited supervision ETCS Level 1, and Level 2. Infrabel says that 10.5% of its network is now fitted with ETCS, including 541km of the mainline network with ETCS Level 1 and 140km of high-speed lines with ETCS Levels 1 and 2.

The masterplan also includes the rollout of the Transmission Balise Locomotive driving aid system (TBL1+), which automatically applies the brakes if a red signal and in situations where a train is travelling faster than 40km/h when approaching a red signal at a distance of 300m.

Infrabel says 94% of the network is now covered by this technology since the rollout began in 2009 with 99.9% coverage expected by the end of 2015. TBL1+ hardware is compatible with ETCS following a software upgrade, with upgrades to Level 1 on sections not covered by Level 2 expected to take place after 2015.

For an in-depth analysis of Belgium's ETCS programme, see the March 2013 issue of IRJ p39, or click here.