RIO Tinto is to start tests of driverless heavy-haul iron ore trains on the Tom Price railway in the Pilbara region of Western Australia this month as it moves towards completion of its AutoHaul automation project. 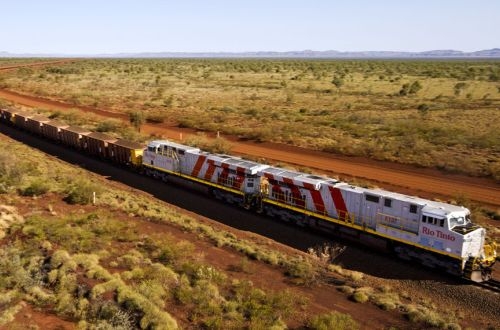 Rio Tinto is investing around $US 518m in what is the world's first automated long-distance heavy-haul system, which is part of its Mine of the Future programme that also includes driverless trucks and automated drills. The trains will be manned initially to ensure the effective operation of the automation equipment, but Rio Tinto hopes to install completely automated operations on its entire 1500km heavy-haul network by the end of the year. Around 500 drivers are expected to be affected by the upgrade.

Ansaldo STS won the $A 317.5m ($US 294.7m) contract for the development and delivery of an automated train management system in 2012, which includes the supply of a vital safety server for the safe and flexible management of train movements and an on-board driving module. The system utilises existing wayside infrastructure with the contract awarded under the 2010 Rio Tinto-Ansaldo STS Framework Agreement (Rafa).

Rio Tinto says AutoHaul is a key part of its plans to export 360 million tonnes of iron ore from the Pilbara by 2017, an increase of around 50%. It has also invested in updated locomotive control systems which allow the introduction of electronic-controlled pneumatic (ECP) braking. Ansaldo STS was awarded this $A 44.7m contract under Rafa in July 2012.