HYUNDAI Information Technology has awarded Siemens a €20m contract to supply automation and signalling equipment for the 23km Sosa - Wonsi mixed traffic line which is currently under construction in Seoul. 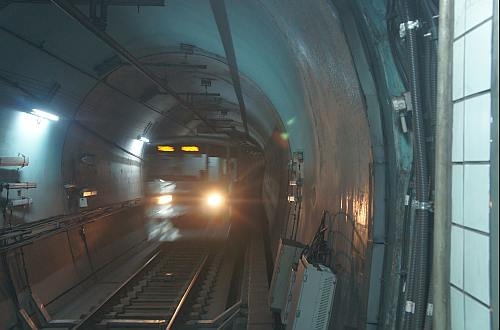 Siemens will supply its Trainguard MT automatic train protection (ATP) system along with automatic train operation (ATO), airlink radio transmission systems, and Sicas ECC-type electronic interlocking. In addition the line will be equipped for ETCS Level 1 operation for use by main line trains which will operate in conjunction with the automated mass rapid transit services.

The new line will branch from the Seoul - Incheon Line at Sosa and provide a direct connection with Wonsi New Port in Ansan. It will have a total of 13 stations and offer interchanges with Seoul metro Line 1 at Sosa, the proposed Ansan Line at Siheung City Hall, and Line 4 at Hwarang. The line is part of the new northern orbital around Seoul which is intended to reduce road traffic in the city.

Hyundai Information Technology is working as part of a consortium with Daewoo on the project which secured Won 1.52 trillion ($US 1.48bn) contract in 2011 and will manage and maintain the line for 20 years after it opens in mid-2016.