WESTERN Australian freight operator Arc Infrastructure, in partnership with Perth-based IT consultancy Interfuze, has developed a software tool that will allow it to predict track washaways caused by flooding. 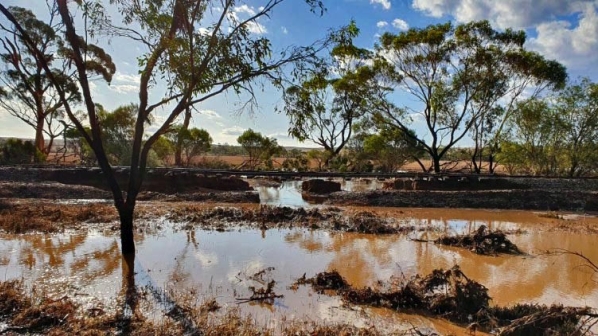 Arc Infrastructure says preventing a single derailment will cover the cost of developing the software.

The company says the tool, which analyses past washaways and rainfall patterns, has the potential to save millions of dollars by preventing derailments and can also be adapted for used by the wider rail industry.

Arc Infrastructure says that by analysing the relationship between past events and weather patterns, the company was able to apply this correlation to live rainfall data collected through rainfall sensors spread across the state. This allowed the tool to create a model using both rainfall directly across its corridor as well as overland flows from off-corridor rainfall events.

The web-based application is available through a browser on any internet-connected device including desktops, tablets and smartphones. The prediction tool, currently in post-production, has proven to be more than 90% accurate and will become more so overtime. The operator plans to roll out the tool to train controllers later this year.

Arc Infrastructure manages a 5500km network across the southern half of Western Australia which is often exposed to extreme weather events. The company believes that preventing a single minor derailment caused by a track washaway will more than cover the research and development costs of developing the software.

The company claims that this is the first time in Australia that a rail washaway prediction tool has been successfully tested and used operationally using software that can learn changing thresholds over time, monitor incoming rainfall, predict at-risk sections and generate alarms as an early warning tool.

“As the only freight rail network in the southern half of Western Australia, our network is vital to providing the major freight connection to the eastern states of Australia and to overseas markets through the region’s government-owned ports,” says Arc Infrastructure CEO, Mr Murray Cook.

“Unfortunately, every year this critical infrastructure is damaged through degraded track conditions caused by rainfall that we have never been able to accurately identify and respond to. The innovation that we initiated and developed with Interfuze is not only ground-breaking for the railway industry but also for other sectors, playing a crucial role in the Australian economy such as the export industry that rely on our railways to deliver on time and on budget.”